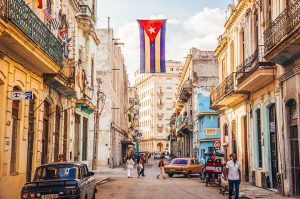 The Obama administration announced the end of the ‘wet-foot-dry-foot’ policy for Cubans on January 12. This executive action repealed the executive action of President Clinton that provided refugee treatment for any Cuban making it onto U.S. soil – including at a legal port of entry. This was a much needed change in policy for a variety of reasons, but it was too late in coming, and it did not go far enough to remove special immigration treatment of Cubans.

The announcement was too late because it allowed additional tens of thousands of Cubans to take advantage of the refugee treatment after the administration announced restoration of diplomatic relations with the island in July 2015. And it did not go far enough because it left in place another questionable executive action of President Clinton that increased the flow of Cuban migrants. That action, adopted as a concession to Fidel Castro’s regime, was to try to lessen the incentive for illegal immigration by Cubans to the United States by establishing a special quota of 20,000 immigrant visas for Cubans to immigrate legally. This action was outside the immigration law and applies to nationals of no other country. Its legality is questionable.

A further change that needs to be adopted is for Congress to repeal the Cuban Adjustment Act (CAA) enacted in 1966 to provide automatic legal residence as refugees for Cubans who had arrived illegally a year earlier. If Cubans now arriving illegally are being deported like other illegal aliens, the CAA will lose much of its meaning. But, because of deportation backlogs and the efforts of immigration lawyers to drag out deportation proceedings, the CCA still represents a flaw in treating Cubans like other nationals and should be withdrawn.