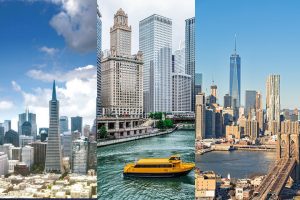 One of the most fundamental American values is respect for the rule of law. Without it, there is little to prevent the United States from devolving into a state of anarchy. It assures safety and the continuity of society as we know it. Citizens expect lawmakers to act in good faith and enforce legislation and statutes as they are written.

Unfortunately, lawmakers have broken this trust with their constituents. By enacting illegal “sanctuary” all across America, with the blessing of the Obama administration, the message was sent that the law doesn’t always matter.

American’s didn’t warm to the concept of selective enforcement, however. According to the University of California, Berkeley, 74 percent of all Californians want to end sanctuary cities in the state. The sentiment is shared across all demographics and political parties within the state, with 73 percent of Democrats, 82 percent of Republicans and 65 percent of Hispanics wanting to end the state-sponsored protection of illegal aliens from federal detainers. Between January, 2014 and September, 2015, California alone declined 11,171 ICE detainer requests. Nationwide, 62 percent of Americans oppose sanctuary cities.

Citizens can’t feel safe when lawmakers pick and choose what laws they enforce, nor should they. More than 100 people have been killed by criminal aliens released by the Obama administration from 2010-2014. And even after Juan Francisco Lopez Sanchez murdered Kate Steinle, San Francisco sheriff Ross Mirkarimi showed no remorse for releasing the five-time deported illegal alien back into society despite ICE issuing a detainer.

Such tragedies are unnecessary, and the general public feels the same way. Congress has rejected legislation cracking down on sanctuary cities in the past. But on January 25, President Trump issued an executive order stripping federal grants from jurisdictions that refuse to comply with ICE detainers. The safety of American citizens from criminal illegal aliens hinges on ending sanctuary cities completely, securing our southern border and removing the incentives for them to come here in the first place. Last week’s executive order is an important first step in ensuring cooperation between federal and state/local law enforcement.