You are at:Home»Immigration Issues»Asylum & Refugees»FAIR Guest Opinion: U.S. Still Among Most Welcoming of Nations to Immigrants, Refugees 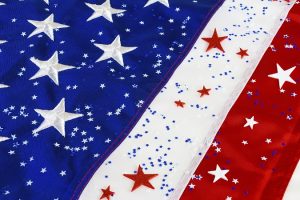 In the controversy surrounding President Trump’s immigration Executive Orders, one of the key points being missed is that every nation has the sovereign right and power to determine who may cross its borders The Supreme Court first addressed this issue in 1799, in United States v. Fries holding that  “Any alien coming to this country must or ought to know, that this being an independent nation, it has all the rights concerning the removal of aliens which belong by the law of nations to any other….”  Therefore an unadmitted and nonresident alien has no constitutional right to be let into the United States.

This shouldn’t be a particularly shocking proposition. Every nation on the face of the Earth ruled by a functioning government makes some kind of attempt to control its borders and determine who may reside within its territory. Nevertheless, the U.S. seems to be constantly criticized by so-called global elites for trying to regain control of its borders, its demography, and its economic destiny. This criticism is particularly disturbing in view of the fact that the United States accepts more than a million immigrants annually and allows nearly 300 million temporary visitors each year. In addition, the U.S. is the most generous in terms of the myriad types of financial assistance and social programs that it offers to recently-arrived immigrants, some of whom receive public assistance for the rest of their lives.

By comparison, some of the United States’ closest allies and trading partners are downright unwelcoming to immigrants. Japan may have the strictest immigration laws of any First World nation. It unabashedly pursues immigration policies intended to maintain a racially unique and homogenous society. Its foreign population hovers around 1.7 percent of the total population. Citizenship is notoriously difficult for foreigners to obtain – even those who marry Japanese citizens. And Japan shows no remorse for using its immigration policies to defend its language and culture

Read the rest of this Lifezette op-ed here.