You are at:Home»Immigration Issues»Crime»The Open Borders Cabal’s Obsession with the “Definition” of Criminal 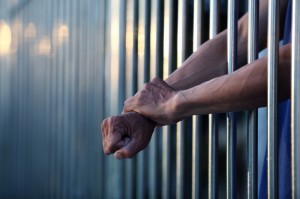 The New York Times recently published a scare piece claiming that President Trump’s Executive Order on interior immigration enforcement expanded the definition of “criminal.”  It claims the order gives “immigration officers the broad authority they have been pressing for, and no longer requires them to receive a review from a supervisor before targeting individuals.”

The Times claim is utter nonsense. Pursuant to the terms of the Immigration and Nationality Act (INA), immigration officers have always had the authority to arrest immigration violators. The approval of a supervisor is not required. Only Congress can change this statute. In fact, the president has an obligation under Article II, Section 3 of the Constitution to “take care that the laws be faithfully executed” as they are written.

The Obama administration, however, implemented its “Priority Enforcement Program,” which essentially halted all meaningful immigration enforcement. In essence, President Obama directed the Department of Homeland Security to refrain from faithfully executing the immigration laws of the United States. Ever since, open borders advocates have been disingenuously implying that only illegal aliens with “serious” criminal convictions are subject to removal from the United States. But this is a deliberate attempt to mislead the public made by those who simply dislike the concept of any immigration enforcement.

All illegal aliens are removable from the United States whether they have committed other crimes or not. Despite the use of deceptive names like “undocumented immigrants,” illegal aliens are, by definition, unlawfully present in the United States and are subject to deportation solely because they lack authorization to be here. (In addition, they may be charged with the criminal offense of “Improper Entry by an Alien.”)  Noncitizens lawfully present in the United States who commit specified criminal offenses are also subject to deportation. The INA is quite clear on both of these points.

Nevertheless, the open borders lobby would have Americans believe that deporting anyone who hasn’t been convicted of an egregious criminal offense constitutes some type of major civil rights violation. But this too is utter nonsense. The law simply says that United States won’t tolerate trespassers and criminals. To most Americans, that seems like common sense.

President Trump hasn’t expanded the definition of criminal. By simply adhering to the existing provisions of the INA he’s fulfilling his constitutional obligation to see that the immigration laws are faithfully executed. And in so doing, he’s demonstrated that – unlike illegal aliens, criminals, and open borders advocates – he respects both the law and the American taxpayer.