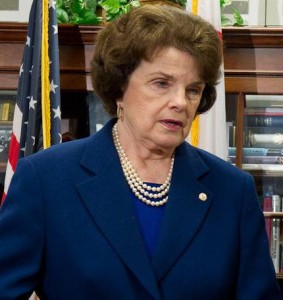 In a letter to outgoing Department of Homeland Security Secretary Janet Napolitano, Feinstein urged ICE to replicate for farm workers the administration’s policy halting deportations of illegal aliens who claim to have been brought to the country as minors known as Deferred Action for Childhood Arrivals (DACA). She wrote:

I respectfully suggest that you adopt a similar policy of exercising prosecutorial discretion to defer enforcement against agricultural employers and workers, and concentrate instead on removing those who would and have harmed our society, rather than those who contribute to our vital agricultural economy and heritage, and the safe and high-quality food supply that benefits all Americans.