You are at:Home»Politics»Joe Biden, What’s Grandma Got to Do with It? 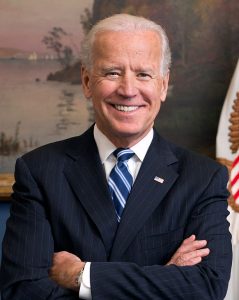 Vice President Joe Biden and White House Domestic Policy advisor Cecilia Muñoz sat down Wednesday for what was billed as a dialogue with the American people about immigration reform. The discussion was streamed live on the White House’s website and on Bing (the search engine site owned by Microsoft, which is investing some big bucks in the lobbying effort to pass amnesty and open immigration legislation).

It was not exactly “Must see TV.” To the surprise of no one (expect those who actually believe the deposed Nigerian oil minister is really going to turn over $6 million to them) the whole event was carefully staged. The questions were vetted and teed-up for canned answers by Biden and Muñoz – most of which concluded with a demand that Speaker John Boehner allow the House to vote on the bill approved by the Senate (even though the Senate has never sent the bill to the House).

The vice president has a record of saying stuff that leaves people scratching their heads, even when his remarks have been carefully scripted. And, true to form, Wednesday’s event did not disappoint. Responding to a question selected to make it look like the White House was engaging with critics, Biden declared, “My great-great grandparents came escaping the famine and they didn’t all come here legally.”

We did not check the accuracy of that assertion, but we’ll take the vice president’s word for it. Discussing one’s ancestors is a favorite tactic for apologists for illegal immigration and advocates of mass immigration – probably because it plays on emotion, nostalgia, and a bit of guilt, or because they really don’t have any better arguments to support their case.

But when you really think about it, it also one of the lamest reasons for implementing the policies they advocate. The only rational answer to invoking one’s grandparents, or great-grandparents is, “So what?” What relevance does what took place in the mid-19th century have on public policy in the 21st century? Would Joe Biden suggest that we invest our defense dollars in a strong cavalry, because soldiers on horseback were a critical component of our military strategy 160 years ago? Would he suggest that we apply the education policies and curricula of the 1850s to the schools of today?

If the vice president, or any politician, tried to justify any other contemporary policy solely because that’s the way we did thing a century or more ago, they would be laughed at (not that that ever happens to Biden). But when it comes to immigration, a surprising number of otherwise intelligent folks seem to think that nostalgia makes for good public policy.

Joe Biden
Previous ArticleSen. Reid Pressured DHS Over Investor Visas for Casino
Next Article The 12 Days of Amnesty: on the 2nd Day…