You are at:Home»Politics»ACA (“Obamacare”) and Illegal Immigration 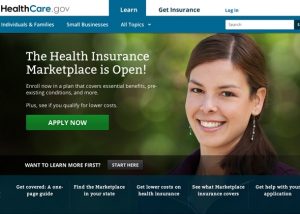 How is Obamacare be affected by illegal immigrants? The short answer is that because illegal aliens are not entitled to government benefits, they will not affect the implementation of the health care expansion. But that answer ignores some important facts. The principle behind the ACA is that forcing younger workers into the health care insurance system will cover increased costs to provide coverage for older and poorer persons and those with chronic illness who previously did not have health care.

The illegal alien population in general is younger and healthier than their legal resident counterparts and generally does not have health insurance from employers unless they are using fraudulent ID or invalid immigration documents. So the administration would like to have them enrolled in the ACA. But the only way that can be achieved is to get them legal status through an amnesty. Even the temporary legal status of the Deferred Action for Childhood Arrival (DACA) partial amnesty doesn’t confer eligibility for ACA participation (at least not yet).

But, an objective look at the illegal alien population suggests that the amnesty activists’ campaign for legal status would not achieve the benefit for the ACA that might be expected from the younger age and better health of most of that population. The simple reason for that is that the income level of the illegal alien population is low and even if they submitted tax returns, most would owe no taxes (although an amnesty would qualify those with low incomes to receive Treasury checks under the Earned Income Tax Credit program).

The reason that income tax filing is key to understanding the effect of amnesty on ACA participation is that the threat of penalty for non-enrollment in the program depends on filing a tax return. As reported in the Washington Post on March 31, “The fine will be collected at tax time, when the Internal Revenue Service will deduct the amount from tax refunds.” That implies that if an income tax return is not filed, the government will have no means for assigning a penalty.

Besides, the ACA is designed as a social welfare program; low earners receive government subsidized access to health care.

Because of the low earnings of illegal aliens, whether they are enrolled and whether they are made legal by an amnesty is unlikely to have any significant impact on ACA. However, there is one looming impact that is significant. Hospitals providing emergency health services to illegal aliens and other indigent patients are losing federal support for providing those services. The rationale is that the ACA will provide medical insurance to the indigent patients. Because that will not apply to the illegal aliens, emergency medical care providers will have to turn to state and local budget assistance or raise charges for insured patients to cover the lost federal support for providing medical assistance to illegal aliens.