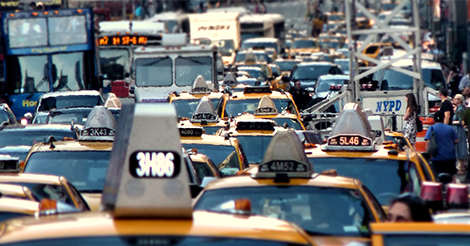 “The bigger the population gets, the more serious the problems become…in this country, it’s phony to say ‘I’m for the environment but not for limiting immigration.'” – Gaylord Nelson, Former Senator and Governor of Wisconsin, Founder of Earth Day

Today, people across the world will commemorate Earth Day, taking a moment out of their busy lives to consider what we can do to maintain and improve the health of our environment.

One consideration often lost on U.S. policy makers and even environmental activists is the effect of mass immigration on our natural resources and quality of life. Massive immigration, in excess of 1 million legal permanent residents and tens of thousands of temporary foreign workers every year, has led to an explosion in U.S. population and detrimental effects on our environment.

Billions of dollars are at stake for the profiteers of mass immigration. From saving money by employing cheap foreign labor to building new homes, corporations are eager to put the interests of their business before Americans and the environment. And, their money talks in Washington.

There is some good news. We have the tools to control the effect mass illegal and legal immigration has on our environment and our daily lives. By efficiently eliminating illegal immigration and limiting legal immigration to a more sustainable level, the U.S. would be able to ensure Americans have access to jobs, natural resources, and a healthy life. That’s the American dream.