You are at:Home»Politics»House Closes a Door to Military Amnesty, but Senate Remains Open…

Within the course of a week, Cantor has sent mixed messages about the future of Representative Jeff Denham’s (R-CA) ENLIST Act (H.R. 2377), a bill that would grant amnesty to certain illegal aliens upon enlistment in the U.S. military. On Friday, Cantor’s spokesman Doug Heye told the Associated Press that Cantor not only opposed insertion of the ENLIST Act in the National Defense Authorization Act, but also bringing it up as a stand-alone bill.

Then, five days later, Cantor took the opposite position.  When a reporter asked Cantor if he would allow a stand-alone vote on Denham’s bill, he responded that “the members involved are still working out the language, but no decisions have been made.”

Cantor’s flip-flop came after Speaker John Boehner (R-OH) opened the door for the ENLIST Act to receive a stand-alone vote earlier in the week. In response to a question as to whether the bill would come to the floor alone, Boehner told reporters: “There have been discussions about that but no decisions,” leaving the door wide open. Stay tuned to FAIR for updates… 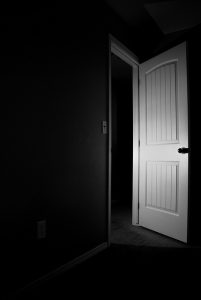 Thanks to the hard work of true immigration reformers, on Friday, House Majority Leader Eric Cantor (R-VA) announced that he would not allow Representative Jeff Denham’s (R-CA) military amnesty proposal to either be attached as an amendment to the must-pass defense bill or be considered for a vote by itself.

Representative Jeff Denham (R-CA) has been trying to convince the House to pass his ENLIST Act (H.R. 2377), which would grant amnesty to illegal aliens who join the U.S. military. Denham lobbied to insert the ENLIST Act as an amendment to National Defense Authorization Act (NDAA) when the House Armed Services Committee took it up earlier this month, but it was not added. Since then, Denham has been strategizing to get it passed another way, either as an amendment in the Rules Committee to the NDAA, as an amendment when the NDAA comes to the full House floor, or even as a stand-alone bill.