You are at:Home»Politics»Could the Mainstream Media Be Waking Up? 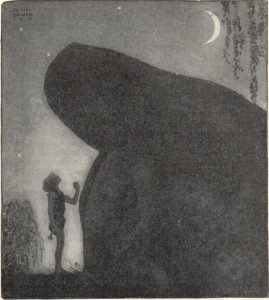 Sporadic Outbreaks of Truth Being Reported…

Just a few months ago most of the major newspapers portrayed President Obama as the Deporter-in-Chief. The stories hyped flawed statistics claiming the president was inhumanely removing an unprecedented number of illegal aliens, despite factual evidence to the contrary.

Truth be told – and FAIR told it many times to tin ears – Obama’s deportation numbers have steadily declined year after year and are now on par with the Ford Administration’s.  The mainstream media also ignored the fact that enforcement officials have been quietly instructed to remove only aliens convicted of violent felonies while ignoring most other illegal aliens.  Given those realities, we’re surprised, yet pleased, to notice a subtle shift towards more honest reporting on the numbers and opinion editors linking Obama’s dismantling of immigration enforcement to the current border surge.

On April 1 of this year – and it was no April Fool’s Joke – the Los Angeles Times ran a story, High Deportation Numbers Misleading.  The article reported that, “expulsions of people who are settled and working in the United States have fallen steadily since his first year in office, and are down more than 40% since 2009.” It even quoted John Sandweg, a former acting director of ICE as saying, “if you are a run-of-the-mill immigrant here illegally, your odds of getting deported are close to zero — it’s just highly unlikely to happen. ” And we needed the smelling salts after reading last week’s lead editorial in the Washington Post that acknowledged, “lax enforcement patterns that have allowed tens of thousands of young immigrants to stay in this country after entering without documentation.”

Given this administration’s monumental mismanagement of so many issues, perhaps the recent truth telling about Obama’s immigration debacle may be more than outbreaks of “accidental journalism.”  Could it possibly be that factual reporting on Obama’s screw-ups make for more compelling copy than stale stories promoting his amnesty agenda?  With newspapers losing circulation, money and credibility, factual reporting might ironically be a fashionable new trend that revitalizes the medium.