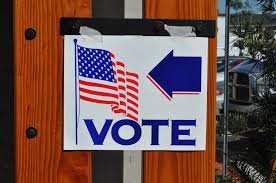 According to polls conducted by Zogby Analytics on behalf of FAIR, voters are adamantly opposed to the president’s amnesty programs and they believe that Congress should include explicit language in the Department of Homeland Security (DHS) Appropriations bill that cuts off the funding needed to carry out those programs. The public is also clear that if a budget impasse occurs because Senate Democrats block inclusion of defunding in their DHS spending bill, or if the president vetoes a bill because it prevents him from carrying out his political agenda, they will hold the president and his party accountable.

In other words, voters are giving Republicans in Congress a green light to hold the line on the defunding provisions that were passed by the House last month. McConnell and Boehner have the opportunity to do what is right and what is politically popular.

The FAIR polls were conducted among likely voters in eight states: Indiana, Maine, Missouri, Montana, Nevada, North Dakota, Virginia and West Virginia. In each of those states, senators who are on record as opposing President Obama’s abuse of executive power to implement a mass illegal alien amnesty voted against provisions to defund them.

Voters had a clear message to their senators as well: They expect more than just talk from their elected representatives; they expect them to back up their talk by voting to defund the unconstitutional amnesty programs they claim to oppose.

Nobody wants to see a partial shutdown of DHS operations that may occur if a budget is not approved this week. (About 85 percent of DHS employees are deemed “essential workers” and would remain on the job even if a funding bill is not approved.) But the polls indicate that voters see a greater risk to allowing the president to divert fund and manpower away from DHS’s primary mission of securing the homeland and using them to carry out the president’s political agenda.

Win-win situations don’t come along all that often in Washington. The public is now waiting to see if the congressional leadership will seize the opportunity to uphold the Constitution and protect the interests and security of the American people.