Last Sunday, delegates of the California Republican Party voted to substantially abandon the party’s position on immigration. (LA Times, Sept. 21, 2015; Breitbart, Sept. 21, 2015) The changes to the platform were made at the party’s semi-annual convention in Anaheim, California. 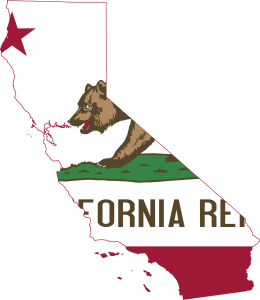 Notably, the term “illegal alien” was eliminated entirely from the vocabulary of the platform. Delegates to the California GOP convention also removed language stating that allowing illegal aliens to remain in the United States “undermines respect for the law” and added a disclaimer asserting California Republicans “hold diverse views on the subject.” Delegates also removed language supporting cross-deputizing state and county law enforcement to help federal officials enforce immigration law against criminal aliens from the platform. (Breitbart, Sept. 21, 2015) Language supporting guest worker programs for illegal aliens, however, was included with the omission of the requirement that workers have identification with biometric data.

Changes to the party platform were reportedly made to attract more Hispanic members to the California GOP.  (OC Register, Sept. 21, 2015) Many Republicans at the convention blamed tough immigration rhetoric as the cause of failures in statewide elections, despite polling suggesting Republican constituents support tougher enforcement of immigration law. Delegates also failed to acknowledge that most Hispanic citizens vote Democrat for the party’s position on economic matters, and generally not for the party’s position on immigration. Some delegates also commented that these changes were influenced in part as a reaction to presidential candidate Donald Trump’s remarks on immigration. “[Trump] does not speak for me or Republicans or my party,” said Marcelino Valdez, the Central Valley regional vice chairman who authored the updated immigration plank.

Not all delegates at the convention support the changes to the platform.  “I preferred the concrete and specific language in the former California GOP platform,” commented Robin Hvidston, an associate delegate who voted against the platform changes.