You are at:Home»Immigration Issues»Asylum & Refugees»End False Refugee Status for Cubans 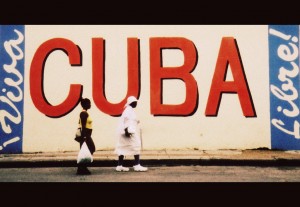 Florida’s Sun-Sentinel newspaper has taken an editorial stance similar to FAIR’s position that the special immigration status for Cubans should be ended. The paper called for an end to the ‘wet-foot-dry-foot’ policy adopted by President Clinton. That policy allows any Cuban who illegally enters the United States to be admitted, and the Cuban Adjustment Act enacted in 1966 allows those Cubans to become legally admitted refugees one year later.

That special treatment of Cubans is a Cold War hangover that was easier to defend as a repudiation of the spread of communism and ideological repression in Cuba at the time it was adopted. But, it has been indefensible since the Iron Curtain fell. Some Cubans may still merit treatment as refugees if they are persecuted for opposing the regime, but that does not apply to the vast majority of Cubans benefitting from the special treatment.

The Statistical Abstract of Immigration Statistics lists 4,205 Cubans admitted as refugees in 2013 (the latest data available). But the flow is much larger. The total number of refugee and asylee green cards issued was 25,361. The asylees are those who were already in the country and changed their status to legal residence. Once the Cubans gain refugee status they become eligible to start sponsoring relatives for immigrant visas. An additional about 5,500 Cubans arrived in that way.

The Sun-Sentinel has another issue with the treatment of the illegally arriving Cubans. Because, they are accorded refugee status, they are made eligible to receive a broad array of welfare benefits such as Medicaid, food stamps, and SSI (similar to Social Security but for those who have not contributed the 40 quarters to be eligible for normal retirement benefits).

The paper says that these welfare benefits are the main reason the Cubans are arriving – not because they are fleeing repression. And the paper notes that the faux refugees are often returning to Cuba with money saved from welfare benefits, thereby putting the lie to the image of fleeing persecution. The paper put the amount of welfare payments being paid to Cuban expatriates at $680 million per year not including Medicaid benefits. The paper also notes that ending the magnets that draws Cubans is politically sensitive, making it extremely difficult to change these deeply entrenched policies.

Cuba Cubans refugee refugees
Previous ArticleNorth Carolina General Assembly Passes Strong Immigration Bill
Next Article Why Are Some Senseless Tragedies Okay to Politicize, While Others Are Not?