You are at:Home»Immigration Issues»Crime»We Can Register All Drones, But Not Collect Data About Illegal Immigrants? 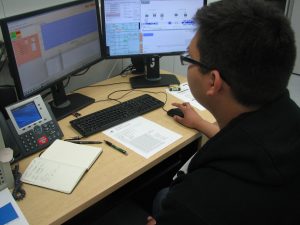 Following more near misses between remote controlled drone aircraft and piloted aircraft near airports and other locations, the FAA is expected today to announce a plan for mandatory drone registration.

“The initiative to create a centralized system for collecting drone registrations has been in the works for the past few weeks. Government officials have been contacting drone makers and industry groups about it over the past few days . . . The drone registration system is supposed to be debut around the Thanksgiving holiday,” Fortune October 16th.

Putting in place a drone registration system obviously imposes costs on the people buying and selling drones, however the FAA believes that there is a substantial public safety interest that justifies registering every drone in the country. The potential harm is too great to let the status quo continue.

If the prospect of danger to the public is so great as to require action, what then, is the excuse for not collecting data about illegal immigrants who commit crimes? Two years ago Rep. Walter Jones R-NC filed the Jamiel Shaw, Jr Memorial Act of 2013. The bill would have required states receiving federal money to report to the FBI the immigration status of anyone whom they arrested, charged, convicted or incarcerated.

In this session of Congress, Rep. Mo Brooks (R-AL) introduced H.R. 3151 the Arrest Statistics Reporting Act of 2015. The goal is to again get accurate reporting about the crimes committed by illegal aliens.

Despite the best efforts of apologists for illegal immigration, the public knows that illegal aliens commit a lot of crimes – and they want the government to do what the law says should be done – find and deport these criminals. If the government can put in place a program to register every drone – it should be able to get accurate numbers about illegal alien criminals as a precursor to finding and deporting them.