You are at:Home»Immigration Issues»Border Security»Administration Calls a Halt to Its Immigration Enforcement Stunt (as FAIR Predicted) 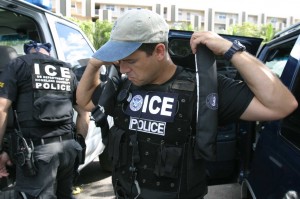 Last week FAIR published an op-ed in a leading online opinion site predicting that the Obama administration’s highly publicized “enforcement action” against exactly 121 illegal aliens from Central America was a stunt. Our assessment of the ICE effort to execute final orders of deportation against 4/100 of 1 percent of the Central American migrants who have crashed our borders since 2013 was that it was nothing more than a carefully orchestrated effort on the part of the administration and its allies. The goal was to justify not enforcing the law at all, and to provide a pretext to start bringing in large numbers of Central Americans as refugees.

We regret to announce that we were right.

On Jan. 12, Senate Minority Leader Harry Reid announced, “I spoke to the secretary of homeland security at 12:30 today and he understands the concern we had. And I think we’re moving forward to a resolution. I think you’re going to find a pause in these deportations.” White House counsel Neil Eggleston represented the Obama administration in the final act of the enforcement charade as he met with Democratic lawmakers said to be furious over the 4/100 of 1 percent. Eggleston agreed that he has a “good meeting” congressional Democrats, tacitly confirming Reid’s announcement.

It is almost impossible to believe that this was not the plan all along.