You are at:Home»Immigration Issues»Border Security»‘Almost America’: Ranchers in New Mexico Demand That the Federal Government Provide Protection as Chaos Takes Over the Border Region 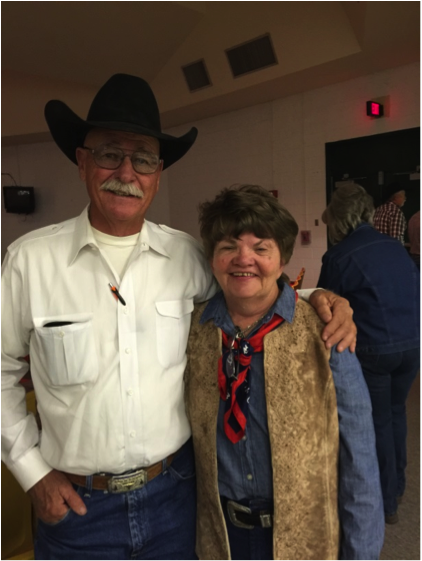 More than 700 people showed up to a rally this week at a high school auditorium in Animas, New Mexico, population 237. Speakers stood at a podium decorated with a sign emblazoned with the phrase “A Stolen Life” and a photo of Robert Krentz, murdered by an illegal alien on his nearby ranch in 2010, a crime that remains unsolved.

As their region transforms into a war zone, ranchers along the New Mexico border are fed up with the indifference that Washington has shown to their plight. The recent carjacking and kidnapping of a ranch hand by drug-smuggling thugs served as the latest event to rattle this group of Americans. Exasperated with being ignored, the group resorted to prayer, pleading for some type of intervention to alleviate the attack on their existence.

Amid cries of “walk the border” and “come down here,” the kidnapped ranch hand’s employer, Tricia Elbrock, told the crowd “We got problems here. They don’t want it known. They don’t want people to know.” She spoke about increased insurance premiums as the border descends into lawlessness along with her inability to keep her workers safe under federal Occupational Safety and Health Administration mandates. 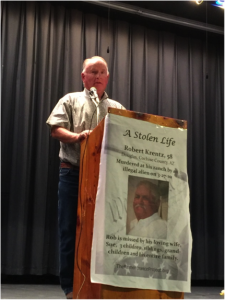 Frank Krentz, son of murder victim Robert Krentz, told the crowd a familiar tale: he has had 200 head of cattle and dozens of vehicles stolen and brought into Mexico and his home is routinely ransacked. When he calls his representatives in Washington, they tell him to move, even though his family has been working this land for five generations.

The problem is so out of hand that Loren Cushman, local school superintendent, said his district sometimes has to delay school dismissals due to Border Patrol incidents on local roads and highways. “What are my students learning from people who are allowed to act in a completely lawless nature, with no repercussion or punishment?” he said.

The nature of scofflaws who cross the border is also changing. The number “of people in the area that are smuggling people and drugs seems to be increasing,” said Lawrence Hurt, whose ranch runs for almost 30 miles along the border. “We see a lot less of the people who are looking for a job.”

Susan Tully, national field director at FAIR, attended the rally to support the organizers, the New Mexico Cattle Grower’s Association, with whom she has worked for many years to help get their voices heard. 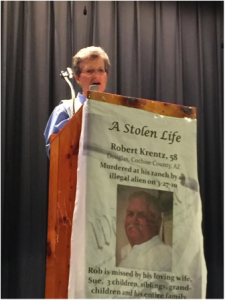 “I am here in solidarity with the ranchers and people of this area, many of whom are our members and associates,” said Tully. “We discussed how FAIR can help them amplify their call for Washington to get engaged in border enforcement that is meaningful and meets the needs of the people.”

Veterinarian Gary Thrasher expressed concern over the spread of Chagas disease, Dengue fever and bovine tuberculosis, which can be passed from animal to human and vice versa, all of which are being brought into the country by illegal aliens who are unscreened by health officials.

The Border Patrol came under fire for pulling back their agents to the main highway, I-10, creating a buffer zone between the thoroughfare and the border, which can be anywhere from 10 to 60 miles inside U.S. territory. The ranchers call this “Almost America.”

The local Border Patrol station at Lordsburg station is understaffed, moreover, and illegal migrants and criminals know that it is easier to cross into New Mexico than other border areas. Attendees urged officials to patrol on horseback and helicopter, the most effective way to cover this rugged terrain.

Sue Krentz, widow of murder victim Robert Krentz, implored the federal government to “secure the border. We’re demanding the right to live free and safe on our own land and in our own homes. Everything is relative – until it’s your relative.”