You are at:Home»Immigration Issues»Deceptive Statement on the Size of the Immigrant Influx 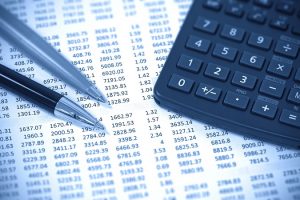 I participated earlier this month in a media interview on immigration along with a spokesperson for the leftist Center for American Progress (CAP).

I expressed incredulity that anyone would want to increase immigration when there are now on average more than one million immigrants admitted each year.  The CAP spokesperson jumped on that statement and said that it was misleading because only a few hundred thousand new immigrants are admitted each year – others are already in the country waiting for a ‘green card.’

Technically he was correct.  For example, in fiscal year 2013 (the latest data available in the Yearbook of Immigration Statistics) of 990,553 immigrants admitted for legal permanent residence (LPR), 495,751 of those persons were new arrivals and the others were persons already in the country who adjusted their nonimmigrant status to LPR status.

But, to say that the flow of immigrants into the country is less than about a million a year at present is deliberately misleading. The number of immigrant admissions since 1989 has averaged 1,045,021 per year, and that is testimony to the fact that even though some of these individuals entered as nonimmigrants and then converted to LPRs, their arrival is also part of the annual immigration flow.

Some of those new immigrants came as refugees or fiancées or Cubans admitted under the ‘wet-foot-dry-foot’ policy and had to wait a year before they could get their ‘green card.’ Others came as ‘temporary’ workers, such as with H-1B visas, and had to wait several years for their employer to sponsor them. But, regardless of the route, those adjusting status are as much a part of the immigration flow into the country as those who arrive in a given year from abroad with an immigrant visa.