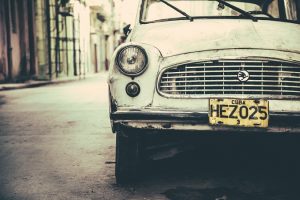 President Obama’s visit to Cuba last week marks a historic rapprochement with the island nation that should also signal the end to the outdated immigration policies that treat Cubans differently than citizens of every other nation on earth.

Specifically, the reestablishment of full diplomatic relations with Cuba must result in the repeal of the Cuban Adjustment Act and “wet foot/dry foot” policy, elimination of the minimum annual allocation of visas for Cubans, termination of the Cuban Family Reunification Parole Program, an end to automatic refugee status for Cubans, and a commitment by Cuba to accept repatriation of criminal aliens.

Under the Cuban Adjustment Act, Cubans who reach the United States are allowed to remain and receive an extremely fast pathway to citizenship. In addition, under the Refugee Education Assistance Act, Cubans are the only immigrant group with immediate access to federal benefits because they are presumed to be refugees.

As relations between the United States and Cuba continue to normalize, a feared end to the special immigration status and generous benefits bestowed on Cubans is driving a new wave of migration. According to U.S. Customs and Border Protection, 43,124 Cubans entered the United States last fiscal year, an amount nearly double that of the previous year. The influx shows no signs of slowing, as 25,806 Cubans have already entered the country in the first quarter of the current fiscal year.

Faced with an influx of Cubans and preferential immigration policies that are unfair relics of a bygone era, President Obama has made no effort to pursue reforms. However, Congressmen Henry Cuellar (D-Texas) and Blake Farenthold (R-Texas) have introduced bipartisan legislation to ensure that Cubans are treated under the same immigration policies as citizens of other counties with which the United States has diplomatic relations.

Their legislation, the Correcting Unfair Benefits for Aliens (CUBA) Act of 2016, does the following:

The bill prevents the use of funds to implement or administer the Cuban Family Reunification Parole Program (CFRP). Created by a policy memorandum in 2007, the CFRP allows eligible U.S. citizens and lawful permanent residents to apply for parole for their family members in Cuba. Once in the United States, CFRP beneficiaries may apply for work authorization while they wait to apply for lawful permanent resident status.

To address rampant abuse of taxpayer dollars, the bill amends the Refugee Education Assistance Act, the Personal Responsibility and Work Opportunity Act, and the Immigration and Nationality Act to terminate the automatic eligibility for federal benefits for Cuban nationals under the Refugee Resettlement Program.

Since many people are living in Cuba and still collecting federal benefits such as Supplemental Security Income (SSI), the bill would require the Social Security Administration Officer of the Inspector General to submit a report to Congress on how it is enforcing the regulatory provision that prevents anyone from collecting SSI benefits while living abroad.

While this legislation does not address repatriation of criminal aliens or the annual allocation of visas, it effectively addresses the most egregious policies that provide immediate amnesty to Cubans and rob American taxpayers of billions. Enactment of this legislation would stop the influx of Cubans at the southern border by eliminating outdated policies that incentivize migration, save billions of dollars, and restore a level playing field for those who seek to enter the country. For these reasons, FAIR strongly urges passage of the CUBA Act.

A complete bill summary can be found here.