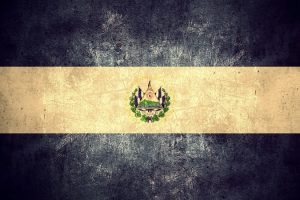 Security is heavy at an Alexandria, Virginia, courtroom where seven El Salvador-based MS-13 gang members are on trial for a series of grisly murders in suburban Virginia. In one case, gang enforcers beheaded a member who had run afoul of the group and buried his body. The incident took place in a public park next to a middle school that is located five miles from the White House.

More than 242,000 Unaccompanied Alien Minors (UAMs) have waltzed across the border since 2009, some of whom are helping to fuel the rise in Central American gang activity. The well-intentioned Wilberforce anti-trafficking law makes it difficult to repatriate UAMs to countries other than Mexico.or Canada. UAMs from countries that do not border the United States are handed a Notice to Appear before a judge, however, these notices are dismissed as “permisos” by the immigrants, who consider them to be permission slips allowing them to remain in the country, which further erodes respect for our laws. After the Border Patrol passes the UAMs to the Department of Health and Human Services, the vast majority of UAMs skip their hearing and the government has no idea where they are.

Around 98 percent of UAMs are from Mexico, El Salvador, Honduras and Guatemala.

Knowing that parts of Central America are under siege by gangs, federal officials abet illegal activity by letting migrants cross the border in the first place and then failing to ensure that they appear before the courts.

So far, most of the perpetrators and victims of MS-13 killings hail from El Salvador. Allowing this situation to deteriorate ruins the lives of young children who have no family members in this country and continue to fall prey to the gangs they are trying to escape. And any other American can fall victim to an act of violence as some UAMs have been released to gang members or other criminals by the Department of Health and Human Services.

Not only are gangs slipping made members into this country, but kids who come here to avoid gang activity can easily be pressured to join, since their families back home are subject to retaliation.

Gang members begin recruiting new members and committing crimes as soon as they cross the border. MS-13 and another syndicate, the 18th Street Gang, have turned the Border Patrol processing center in Nogales, Arizona, into their recruiting headquarters. Children as young as ten years old have been targeted for recruitment, according to law enforcement officials.

The trial in Virginia illustrates the degree to which MS-13 has invaded the suburbs of our nation’s capital. In one high-profile incident, a UAM gunned down a 17-year-old while the victim walked to school, allegedly on orders from an MS-13 chieftain located in El Salvador. Two other UAMs accused of abetting the crime by hiding the gun had skipped their immigration hearings, scheduled just days before the murder, and blended into society until their apprehension on the accessory to murder charge.

As gangsters take advantage of our lax enforcement of immigration laws, the time to exert greater vigilance at our borders has never been more critical. Though heartening that Immigration and Customs Enforcement recently arrested 1,133 MS-13 gang members in a five-week operation, it is a pity that the expenditure of resources to track them down could have been avoided altogether with more vigorous border interdiction policies.

More depressing, even if Homeland Security deported all the foreign violent criminals that can be caught, they will just march right back over our porous southern border to replicate the vortex of Central American gang violence that is beginning to plague new cities, suburbs and rural outposts across the United States.

The federal government has paid lip service to securing the border since the mid-1980s, but has done little to achieve that goal. Several bills to change the problematic provisions in the Wilberforce anti-trafficking law have been introduced in Congress, but none have gained traction. And, the new catch and release policy instituted by ICE must be changed to better protect the American people.