You are at:Home»Immigration Issues»Crime»From Journalism to Stenography: The Decline and Fall of a Once-Proud Profession 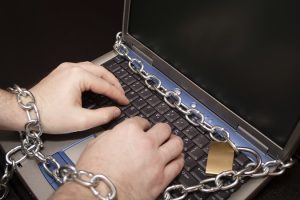 An active, inquiring and investigating press is essential to a healthy democracy. Without scrutiny from journalist watchdogs, government officials can get away with anything.

As revealed in a controversial New York Times article that has Washington, D.C., abuzz, the Obama administration cynically uses a fawning press corps to gain support for unpopular policy initiatives like the Iran nuclear deal. But this lack of rigor on the part of journalists today has also made it easy for the president and his minions to enlist the press to help subvert the country’s immigration laws.

According to the Times piece, the administration adopts rigid, ideological stances on issues and bends the facts to fit their worldview, refusing to even listen to the other side. This is clear when it comes to immigration policy, as the president steamrolls open borders opponents and enacts executive action to circumvent Congress.

The mainstream media is complicit in this ideological straightjacketing by pushing for amnesty and benefits for illegal aliens as they suppress alternative views.

In cahoots with many state and local law enforcement agencies, for example, journalists act as apologists for illegal alien criminals by ignoring or burying information. In this article, an Arizona murderer’s illegal status appears at the end, while the accompanying television spot refers to him as a “man” and a “suspect.” The public has a right to know when perpetrators are illegal aliens who could have been incarcerated or deported before he or she committed a heinous crime.

Journalists today routinely echo the narrative propounded by pro-immigration zealots by writing stories about how enforcing laws breaks up families or thwarts the aspirations of so-called dreamers and other successful students who just want to go to college (and, of course, receive aid). This focus only tells part of the story and downplays the fact that illegal immigrants made decisions that come with consequences.

Media outlets also continue to report about how the administration deports people at a record clip and vigorously enforces immigration laws, even though the president and Jeh Johnson, secretary of the Department of Homeland Security, are on record admitting that this is untrue.

When he took office, the president claimed that his would be the most transparent administration in history. In the article, this transparency finally emerged when obscure administration official Ben Rhodes displayed complete contempt toward the media that spreads his fanciful story lines.

“The average reporter we talk to is 27 years old and their only reporting experience consists of being around political campaigns,” said Rhodes. “That’s a sea change. They literally know nothing.”

Into these empty vessels the propaganda pours. Don’t blame the administration, since they merely exploit the situation to their advantage. In the article, Ned Price, Rhodes’s assistant, bragged about how easy it is to shape the news by feeding a narrative to their “compadres” in the press corps and watching it spread on social media.

The fundamental function of a journalist is to analyze and question everything they are fed from official sources. But members of the media have become stenographers for the Obama administration and its agenda, including immigration, no matter how bad the policies may be for American citizens.