You are at:Home»Immigration Issues»Witnesses Confirm the Lawlessness of Obama’s Immigration Policies 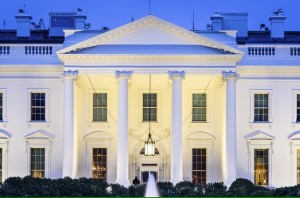 Senator Jeff Sessions (R-Ala.), the chairman for the Subcommittee on Immigration and the National Interest, focused his opening statement to the hearing titled “Declining Deportations and Increasing Criminal Alien Releases – The Lawless Immigration Policies of the Obama Administration” on Thursday, May 19, with the facts: the budget for Immigrations and Customs Enforcement (ICE) has increased since 2012, and yet deportations of illegal aliens have decreased significantly between 2012 and 2015. The question that drove this hearing, therefore, was simple: why have overall deportations gone down when the spending has gone up? Long recognized as a strong advocate for immigration enforcement in the Senate, Senator Sessions did not disappoint during this hearing and asked pointed questions, all with the underlying sentiment that taxpayers deserve to understand where their money is spent. The witnesses for the first panel, Thomas Homan of Immigrations and Customs Enforcement, and Ronald Vitiello of U.S. Border Patrol, shed light on this subject.

Extremely diplomatic in his answers, Mr. Homan did not immediately sell out the executive policies from President Obama as the main issue behind the decrease in deportations. He cited several uncooperative institutions such as sanctuary cities and the state of California’s Trust Act, as well as general detainer issues, which complicate deportations. However, Senator Sessions made it clear these poor numbers do not represent poor staffing or lack of illegal aliens:

“Isn’t it true that ICE ops is getting calls every day from police officers and departments all over America that are not sanctuary cities, and you’re not responding to them because they don’t meet the guidelines or priorities established by the president?” inquired Sessions.

“So it’s not true then, that the reason your numbers are down is that you don’t have people to deport, you have them to deport but you have policy that tells you not to deport whole categories of people that are here unlawfully, isn’t that correct?”

Therefore, the 62% decline in interior deportations alone is “not a question of having people to deport,” but a question of how to deport them while remaining within the  the self-imposed guidelines set by the executive administration.

Another large portion of this panel was a discussion on the willingness of other nations to accept their deported criminal citizens from the United States.

Sessions: “Does it cost you money? I mean, do you have to hold dangerous aliens for weeks, months, or longer because these countries are refusing to do their plain duty?”

Mr. Homan: “Criminal aliens that we can’t repatriate because we don’t have the cooperation of their government are a threat to community safety and frankly they’re a threat to my law enforcement officers.”

There are currently 23 countries that are uncooperative, and another 62 countries with “strained cooperation” listed as their status for repatriation of criminal aliens.

A country that does not repatriate its citizens appropriately should suffer visa sanctions; however Mr. Homan reported only one country out of the 62 on that list of “strained cooperation” states was subject to visa sanctions, the small South American nation of Guyana.

These criminal aliens from nations that do not accept repatriation of their citizens must be released into society to potentially harm other citizens. The most publicized example of a state with “strained cooperation” is Haiti, the country which would not repatriate Jean Jacques. Jacques was paroled in early 2015 only to kill Casey Chadwick from Norwich, Connecticut, in June of that same year, all because Haiti would not repatriate Jacques.

Senator Sessions suggested it is time for the Secretary of State to “pick up the phone and call the 62 countries” in order to expedite a process for returning criminal aliens. Senator Richard Blumenthal (D-Conn.) pointed out these practices are not only frustrating but add to the low credibility of the political appointees in charge of ICE and Border Patrol.

Mr. Homan and Mr. Vitiello were both quick to mention during the final moments of their panel presentation they are both proud of their agents, and as Mr. Homan articulated, “ The job that ICE is assigned has been executed almost perfectly.” ICE and Border Patrol are not to blame for the decrease in deportations, but instead it is the policies set in place by the administration that is the culprit.

Content written by current and former interns for the Federation for American Immigration Reform.