You are at:Home»Immigration Issues»Delaware: Two out of Three Illegal Aliens Fail Driver’s Test 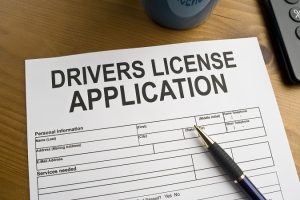 Under the new scheme, illegal aliens must pass both a driving and a written test. Just six months into the program, however, roughly two-thirds of the approximately 2,600 illegal aliens who took the written test failed on the first try. Though some have retaken the test, thus far, only 1,601 driving privilege cards have reportedly been handed out.

Nonetheless, the legislation’s main sponsor, Senator Bryan Townsend (D-Newark) still thinks the program is going to work. Townsend explained, “There was an issue with testing that many people were failing the written test. There’s been some efforts underway to circle back and make sure study materials are aligned with the test, in terms of language as well.”

Senator Townsend’s optimism primarily stems from the idea that giving cheat sheets to applicants will help individuals pass regardless of the future public risk to citizens. Even though the DMV already offers a Sample Driving Exam, that still doesn’t seem to be enough.

As the year continues, residents and legislators may to have to re-evaluate this program. Not just because the program isn’t effective, but it also costs the taxpayers. The state estimates  the program will cost taxpayers $317,652 to start, and cost $112,652 annually thereafter. With more than two-thirds of applicants failing the written tests, and the majority of illegal alien drivers still driving without licenses, it seems pretty unjust that taxpayers have been forced to pick up the tab for a defunct program that continues to put their public safety at risk.