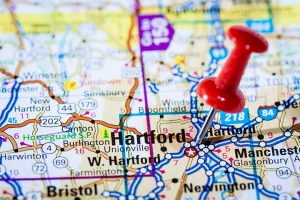 Connecticut Governor Dannel Malloy (D) announced his plan to sue the federal government if it withholds funding from any Connecticut city found to have a sanctuary policy. Sanctuary policies impede federal immigration enforcement by prohibiting state and local officials from cooperating with federal authorities, most often resulting in the release of deportable criminal aliens into local communities.  “We would protect our rights as a state to do that which we do [sic]to receive those benefits that we’re otherwise entitled to,” commented Governor Malloy.

Governor Malloy’s announcement was made in response to President-elect Trump’s platform on immigration enforcement. President-elect Trump has repeatedly supported conditioning federal funding on cities’ willingness to cooperate with federal immigration officials. During a campaign speech, Trump vowed to “end the sanctuary cities” and said those “that refuse to cooperate with federal authorities will not receive taxpayer dollars.” He blamed sanctuary policies for “so many needless deaths.” Trump’s positions on enforcement and promises to combat sanctuary cities are widely supported by voters.

Sanctuary policies undermine federal law and, if challenged, are likely to be ruled invalid. The U.S. Supreme Court has repeatedly held that state laws and policies are preempted when they conflict with federal law, as well as when they stand as an obstacle to the accomplishment and execution of the full purposes and objectives of Congress. Congress set priorities through the Immigration and Nationality Act to determine who may enter and remain in the United States. Sanctuary policies shield aliens from the administration of federal law, thereby frustrating the execution of the law as Congress intended. Additionally, federal law prohibits policies that impede cooperation between federal, state, and local officials when it comes to the sending, requesting, maintaining, or exchanging of information regarding immigration status with the U.S. Immigration and Customs Enforcement.