You are at:Home»Immigration Issues»Society»“Progressives” are Campaigning to Abolish Immigration Enforcement. Here’s What They Would Get

Open borders advocates are becoming increasingly radical by the day. Their demands have morphed from a path to citizenship for some existing illegal aliens, to post-dated DACA legislation, and now a call to vilify and abolish border enforcement all together.

However, while they’re busy misrepresenting law enforcement officers, what have our immigration officials actually been doing as of late?

Over the past week alone, Immigration and Customs Enforcement (ICE), along with Customs and Border Patrol (CBP) officials have arrested and deported MS-13 members and intercepted dangerous drugs like meth and heroine, as well as opioids such as fentanyl. They’ve also faced violence from illegal aliens trying to enter the United States.

On Thursday, March 22, CBP officials patrolling the border near Lukeville, Arizona, apprehended three Honduran nationals, one of whom was a confirmed MS-13 member. That same day, ICE deported a Honduran fugitive wanted for murder. 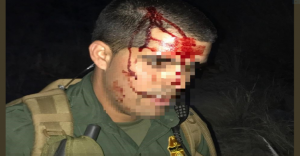 If ICE and the CBP were abolished, there would be no dedicated organization that focuses on securing our borders, or searching out violent international criminals. What these activists are actually asking for is to allow these dangerous murderers and fugitives to remain on the streets. This is the lunacy of how radicalized the open borders lobby has become. They are willing to roll the dice on the safety of American citizens in order to achieve their ultimate goal – dismantling immigration law in the United States.