You are at:Home»Politics»California Considers Spending More on Illegal Immigration 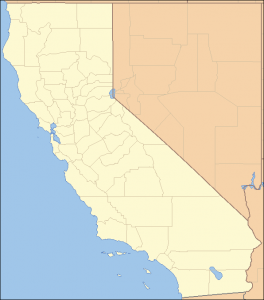 Senate Bill (SB) 1005 was introduced in February of this year by California Senator Ricardo Lara. This bill, if passed, would extend Medi-Cal program eligibility to low income illegal aliens and create a taxpayer-subsidized marketplace for insurance plans to be sold to illegal aliens with higher earnings. According to California Senator Ricardo Lara, the sponsor of SB 1005, the fact that Obamacare expressly denies illegal aliens coverage “hurts the overall health of our communities, and does not reflect California values.” (Daily Caller, Feb. 18, 2014) Senator Lara did not comment, however, on how much SB 1005 will cost California taxpayers. According to the recently released Senate Appropriations Committee fiscal impact statement, SB 1005 would hit California taxpayers hard, with a cost of up to 1.3 billion dollars a year.

Well folks, that sounds well and good in a society where there is no rule of law and money grows on trees. In the real world, however, expensive programs like Medi-Cal are funded by hardworking citizen and legal resident taxpayers. In a state where taxpayers already pay the highest income, gas, and property tax rates in the country, taxpayers should not be made to shoulder an additional burden by subsidizing the healthcare of citizens of foreign countries who are unlawfully residing in the United States.

One might be surprised that legislators would even consider a bill like SB 1005, but sadly this type of taxpayer-hating, illegal alien-facilitating bill has become the norm in California. The goals of California government should include protecting the rule of law and its citizen and legal resident taxpayers, not subsidizing the healthcare of citizens of foreign countries. SB 1005 will ultimately raise healthcare costs, reduce access to quality physicians, and increase wait times.

With that said, I would challenge those stewards of the public trust who still serve the people in California whom they were elected to represent to stand on principle and reject SB 1005.

By the way, Senator Lara has also sponsored SB 1210, which would give taxpayer-subsidized student loans to illegal aliens, and SB 1159, which would allow illegal aliens to obtain licenses to practice medicine, pharmacy, psychiatry and more than two hundred other professions—despite federal law’s prohibition on the employment of unauthorized aliens—and to compete with citizen and legal immigrants for jobs.