You are at:Home»Featured»10 Years Later: The 9/11 Commission Report’s Findings on Immigration 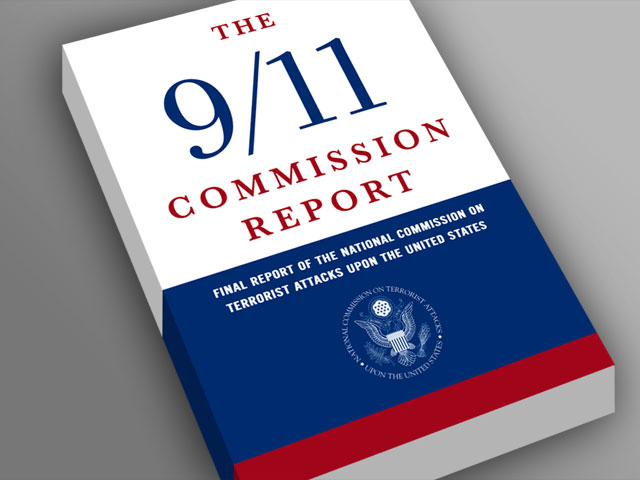 On July 22, 2004, following nearly two years of investigations and hearings, the 9/11 Commission released their 535-page report.

As of 2014, very few – if any – of the recommendations from the Commission have been implemented, especially those relating to immigration issues. For some of the recommendations and findings, such as allowing illegal aliens to obtain official identification, the laws are now more lax than they were in 2001.

Ten years after it was released, here are the findings of the 9/11 Commission Report relating to immigration:

• “We know that in the 1990s, terrorists exploited the U.S. immigration system to enter and stay in the United States.” –Staff Report, p. 95

• “[I]mmigration cases against suspected terrorists were often mired for years in bureaucratic struggles over alien rights and the adequacy of evidence.” –Staff Report, p. 143

• “The United States should work with friends to develop mutually agreed-on principles for the detention and humane treatment of captured international terrorists who are not being held under a particular country’s criminal laws. America should be able to reconcile its views on how to balance humanity and security with our nation’s commitment to these same goals.” –9/11 Commission Report, p. 379

• “Our investigation showed that two systemic weaknesses came together in our border system’s inability to contribute to an effective defense against the 9/11 attacks: a lack of well-developed counterterrorism measures as part of border security, and an immigration system not able to deliver on its basic commitments, much less support counterterrorism.” –9/11 Commission Report, p. 384

• “The routine operations of our immigration laws that is, the aspects of those laws not specifically aimed at protecting against terrorism inevitably shaped al Qaeda’s planning and opportunities.” –9/11 Commission Report, p. 384

• “The job of protection is shared among … many defined checkpoints. By taking advantage of them all, we need not depend on any one point in the system to do the whole job.” “These problems should be addressed systematically, not in an ad hoc, fragmented way.” –9/11 Commission Report, p. 386

• “Today more than nine million people are in the United States outside the legal immigration system.” -9/11 Commission Report, p. 390

• “‘Interior enforcement’… is governed by a set of extraordinarily complex laws, rules and regulations that are adjudicated in its own administrative court system. The law and the procedures governing these courts were geared toward giving the benefit of the doubt to the alien…. Aliens were granted multiple hearings, often resulting in lengthy delays. This system was easy to exploit…. Terrorists knew they could beat the system—and, as we have seen, they often did.” –Staff Report, p. 95

• “For terrorists, travel documents are as important as weapons.” -9/11 Commission Report, p. 384

• “In their travels, terrorists use evasive methods such as altered or counterfeit passports… and immigration …fraud.” “Two of the hijackers presented passports manipulated in a fraudulent manner. …[A]s many as eleven additional hijackers… held passports containing these fraudulent features.” “All the hijackers whose visa applications we reviewed arguably could have been denied visas because their applications were not filled out completely.” -9/11 Commission Report, p. 384, fns.32, 33

• “Americans should not be exempt from … enabling their identities to be securely verified when they enter the United States; nor should Canadians or Mexicans. -9/11 Commission Report, p. 388

• “The federal government should set standards for the issuance of birth certificates….” -9/11 Commission Report, p. 390

• “All but one of the 9/11 hijackers acquired some form of U.S. identification document, some by fraud.” “The federal government should set standards for the issuance of … sources of identification, such as driver’s licenses.” -9/11 Commission Report, p. 390

Securing the Border & Other Points of Entry

• “[B]order inspectors today still do not have basic… operational training to aid them in detecting and preventing terrorist entry….” –Staff Report, p. 164

• “Our investigation showed that two systemic weaknesses came together in our border system’s inability to contribute to an effective defense against the 9/11 attacks: a lack of well-developed counterterrorism measures as part of border security, and an immigration system not able to deliver on its basic commitments, much less support counterterrorism. -9/11 Commission Report, p. 384

• “At many entry points to vulnerable facilities, including gates for boarding aircraft, sources of identification are the last opportunity to ensure that people are who they say they are and check whether they are terrorists.” -9/11 Commission Report, p. 390

• “The U.S. government cannot meet its own obligations to the American people to prevent the entry of terrorists without a major effort to collaborate with other governments.” -9/11 Commission Report, p. 390

• “It is important to note that the hijacker’s entries occurred in an environment of “travel facilitation.” –Staff Report, p. 135

• “The challenge is to see the common problems across agencies and functions and develop a conceptual framework—an architecture—for an effective screening system.” -9/11 Commission Report, p. 386

• “Today, consular training for interviewing techniques to spot terrorists is still in its infancy, and [the]State [Department] has not fully operationalized knowledge of terrorist travel practices.”     –Staff Report, p. 141

• “The current patchwork of border screening systems, including several frequent traveler programs, should be consolidated with the US VISIT system to enable the development of an integrated system, which in turn can become part of the wider screening plan we suggest.” -9/11 Commission Report, p. 388

• “The Department of Homeland Security, properly supported by Congress, should complete, as quickly as possible, a biometric entry-exit screening system…. It should be integrated to the system that provides benefits to foreigners seeking to stay in the United States. Linking biometric passports to good data systems and decision-making is a fundamental goal.” -9/11 Commission Report, p. 389

Abuse of the Asylum System

• “Terrorists in the 1990s, as well as the September 11 hijackers, needed to find a way to stay in or embed themselves in the United States if their operational plans were to come to fruition…. [T]his could be accomplished legally by… applying for asylum after entering. In many cases, the act of filing for an immigration benefit sufficed to permit the alien to remain in the country until the petition was adjudicated. Terrorists were free to conduct surveillance, coordinate operations, obtain and receive funding, go to school and learn English, make contacts in the United States acquire necessary materials, and execute an attack.” -Staff Report, p. 98

“Immigration-Related Findings of the 9/11 Commission” was originally published October 2004 at www.FAIRUS.org.