You are at:Home»Federal»Congress»Both Parties Out-of-Step with their Bases on Illegal Immigration 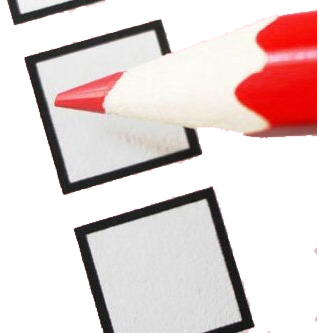 A new poll by the Pew Research Center explains why President Obama abruptly decided to wait until after the elections to announce his massive, unconstitutional illegal alien amnesty. Never mind the independent voters the Democrats need to win if they have a prayer of holding on to the Senate. Amnesty is not even a slam dunk for Democratic voters.

Among Democrats, there is a sharp split between younger and older voters, and between Hispanics and other ethnic and racial groups. By better than a 2-1 margin, Democrats over the age of 50 think the party is too willing to grant amnesty. Conversely, by a similar 2-1 split, younger Democrats – those between the ages of 35-49 – think the party needs to do more to promote amnesty. Interestingly, the youngest cohort, 18-34, who are having a hard time gaining a foot hole in the labor market, are more evenly divided on amnesty with 22 percent saying the party needs to go further on amnesty and 17 percent who say they’ve gone too far already.

The congressional Republican leadership is even more out of tune with its base on immigration. A clear majority, 56 percent, believe their party does not represent their views on how illegal immigration should be handled, compared with 37 percent who are satisfied with the GOP’s handling of the issue. Meanwhile, party leaders like Speaker John Boehner, Rep. Paul Ryan, and the 14 Senate Republicans who voted for the Gang of Eight amnesty bill, continue to reflect the business lobby’s agenda, not the voters’.

Clearly President Obama took notice of the fact that about half the voters who self-identify as Democrats are not with him on immigration. Given the fact that he is not exactly wowing them with his handling of the economy or foreign policy, making an end run around the Constitution to grant amnesty to millions of illegal aliens might be the final straw that results in Democratic voters staying home on Election Day, or perhaps even crossing party lines.

Less clear is whether the Republican leadership is getting it. While committed GOP voters disapprove of the leadership’s business-driven immigration agenda, Boehner continues to push the U.S. Chamber of Commerce’s amnesty line. In doing so, they not only risk alienating their base, but could be squandering an opportunity to pick-off independents and even disillusioned Democrats.