You are at:Home»Federal»Congress»Dan Stein Op-Ed: House Must Stand Firm Against Obama’s Amnesty 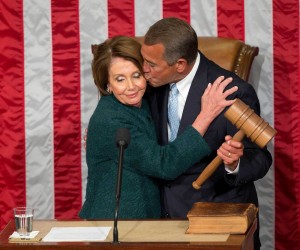 On Wednesday, the House of Representatives took an important first step toward protecting the interests and security of the American people, and the integrity of our constitutional system of government. The House bill to fund the Department of Homeland Security (DHS) through the remainder of this fiscal year includes provisions prohibiting the federal government from using money appropriated or collected through fees to implement the sweeping illegal alien amnesty policies announced by President Obama in November, or to expand the 2012 Deferred Action for Childhood Arrivals (DACA) amnesty.

It is impossible for DHS to thoroughly vet the 5 million people who are believed to be eligible to ensure that those who pose a threat to the nation do not gain legal status in this country.
– Dan Stein

Under the plan announced by the President, some 5 million illegal aliens would be allowed to live and work legally in the United States. Moreover, under accompanying memos issued by DHS Secretary Jeh Johnson, virtually all of the remaining illegal alien in the country would be exempted from removal.

Amnesty DACA
Previous ArticleWhy Would a Mexican President Welcome the Loss of Migrating Citizens?
Next Article GOP Selling Out?