You are at:Home»Immigration Issues»The Immigration Cure for Our Economy? 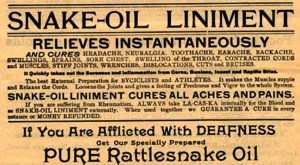 Researchers are regularly coming up with studies designed to cast immigration as a panacea for economic stagnation. A new “discussion paper” by a UK and a US researcher, “Spillovers from Immigrant Diversity in Cities” was described on the Citilab website as proving, “More Immigration Means Higher Wages for All Workers. The study was described as proving that “more immigrant workers made everyone richer…”

One had to read further to find out that conclusion was not so clear cut. The article noted that, “It may not be the case that all types of immigrants have the same effect on productivity.” That’s pretty obvious even without a PhD.

The researchers, however, explained that they had found a way to determine that the higher wages in cities with larger immigrant populations was not just a reflection of cities with higher wages attracting more immigrants or more immigrants with needed qualifications. The test was to focus the study on only those immigrants who had resided in the city for at least two years. But, this qualification does not logically provide the assurance the researchers claimed. It would be more likely to increase the share of workers with special work qualifications by reducing the share of those workers with few qualifications who travel widely looking for work.

Finally, the article on the study further qualified the importance of the research finding. It concluded that, “But the larger point is that immigration isn’t the zero-sum, us-or-them game that it’s often framed as.” That is a finding so innocuous that everyone should be able to agree with it. If immigration were a zero-sum game, there would be a strong argument for ending all immigration, which is not a position advocated by any mainstream politician or organization.

The lessons from this type of sensational reporting are twofold:
– There is a lot of supposed research bolstering the benefits of immigration that does not stand up to careful scrutiny.
– Even in the biased reporting of such research, it is worth reading beyond the headlines to see whether the reporter’s intellectual honesty slips some doubt into the reportage.