You are at:Home»Immigration Issues»Crime»Sanctuary Cities – if it Walks Like a Duck…

They say the first stage for survivors of someone who has died is denial. Predictably, in the aftermath of Kathryn Steinle’s murder at the hands of a previously deported illegal alien released because of San Francisco’s lax policies, politicians nationwide are scrambling to deny why their particular jurisdictions don’t fit neatly into the definition of a “sanctuary city,” despite the fact they all are.

Not that they’re mourning for Kathryn Steinle; they’re simply trying to weasel out of responsibility for what has become a dangerous public policy and an increasingly toxic label for cities. 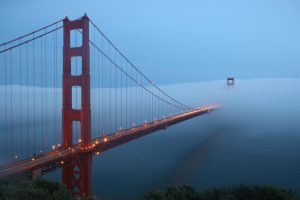 Some jurisdictions have sanctuary policies detailed in bills, ordinances or resolutions publicly available for review. Many, however, simply have longstanding police department practices of ignoring immigration status.

However, it’s not what they’re called or how city leaders choose to self-describe them that matter, it’s the policies they engage in that define them. If local police elect not to inquire or act on immigration status at any point in the booking process or overtly ignore ICE detainers, they’re a sanctuary jurisdiction.

If the Administration, Congress and the courts had the will to stop them it could through the force of law – sanctuary policies are prohibited by Illegal Immigration Reform and Immigrant Responsibility Act in 1996 – or by the power of the purse by withholding federal funds. But the growth of sanctuary policies is driven by a top down example. The Obama Administration has neglected to secure the borders, dismantled most interior enforcement, granted backdoor amnesty to thousands of illegal aliens and released criminal aliens back onto the streets. The message has been sent; violating immigration laws is inconsequential so instead of trying to pick up the slack, San Francisco and hundreds of other jurisdictions across the country are just following Obama’s example.

Sanctuary city policies need to be reversed one-by-one, but come to think of it, we might now have a bigger problem:

The whole country is a sanctuary for illegal aliens.