You are at:Home»Immigration Issues»Asylum & Refugees»Cruz and Abbott Team Up to Empower States in Refugee Resettlement 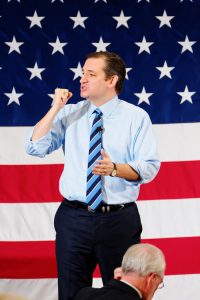 Yesterday, Sen. Ted Cruz (R-TX), who is seeking the GOP presidential nomination, introduced commonsense legislation to empower states to have a greater role in the refugee resettlement process. Specifically, Cruz’s bill requires the Federal government to give states advance notice of the intent to resettle refugees and allows governors to block resettlement when the Federal government fails to provide “adequate assurance” that the immigrant does not present a security risk. Texas Governor Greg Abbott, who has voiced opposition to the Obama administration’s practice of relocating refugees without notifying states, joined Sen. Cruz to discuss their efforts in Texas. Watch the press conference here.

Governor Abbott: “Congress intended to give states a substantial role in the refugee resettlement process. The federal government and resettlement agencies have sidestepped that role. My top priority as Governor is to keep Texas citizens safe and this legislation helps me do that.”