You are at:Home»Politics»Doing the Math on the Claim that Illegal Immigration is Plummeting 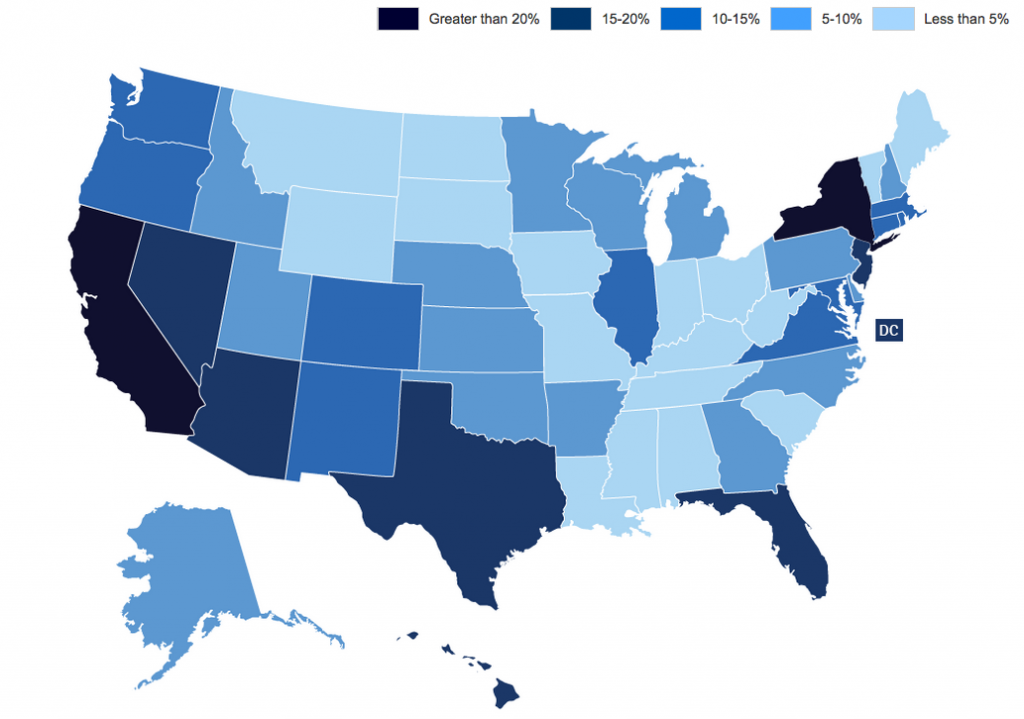 The Washington Post ran an editorial, “Immigration in reverse,” claiming a “precipitous drop” in the number of illegal aliens living in the U.S. and arguing that the heightened concerns that has been injected into the 2016 is little more than mass hysteria over a non-existent problem.

Those assessments seem to defy both logic and math.

For starters, even if we accept that there has been a “precipitous drop” in the illegal population, the number being bandied about is 10.9 million, which is about 700,000 more people than live in the State of Georgia – the eighth most populous state. Hardly inconsequential.

But the claim also seems to defy simple math. Just last week the Department of Homeland Security reported that 527,127 foreign nationals overstayed temporary visas last year and that about 416,500, are likely still here. Another term for a visa overstay is illegal alien.

This is where the math gets a little fuzzy. In addition to the 416,500 visa overstays, there are also illegal aliens who got here the old fashioned way: by sneaking across the border. The rule of thumb for estimating the number of people who enter that way is that for every person who is apprehended at the border, three enter successfully.

The Border Patrol apprehended 337,117 people at the border last year. At a 3 to 1 ratio, that would mean about a million illegal border crossings. Even if only half that number remained here, combined with 416,500 visa overstays, that adds up to more than 900,000 people.

It also appears that many of the 337,117 people apprehended at the border were allowed to remain here. DHS recorded 165,935 people who were returned at the border. The rest, 171,182, were likely Central American minors and families with children who were allowed in pending a hearing. That would take the gross total to about 1.1 million.

We also know that DHS deported just 69,478 people from the interior of the country, which would bring net new illegal immigration to about 1 million people for 2015.

The Washington Post cites a Pew Research study that claims the declining illegal population is due to a change in migration patterns from Mexico. Over the past five years, claims the report, some 1 million Mexican nationals have left the country, while just 870,000 entered – a net decrease of just 26,000 per year.

So, the math problem is this: If 416,500 overstayed visas and perhaps an equal number crossed the border illegally, while the population of Mexican illegal aliens declined by 26,000, how do we account for the “precipitous drop” the illegal population?

Maybe the problem isn’t a figment of our collective imagination.

Has the Illegal Alien Population Dropped Below 11 Million?